Dear friend, I’m writing a thing about pathetic fallacy which isn’t any of the things I’m supposed to be writing but is the only thing I’m able to write right now, which would be stressful except we’re smack bang in the middle of Storm Emma & the snow’s piled up outside my door, all sprinkled with cat pawprints & rose petals & it’s so different & dramatic it’s almost okay that my work’s all messed up because of it.

My work’s messed up for a lot of reasons, but I’m happy to blame the snow — powdery, deep & beautiful. Pathetic fallacy & all that. 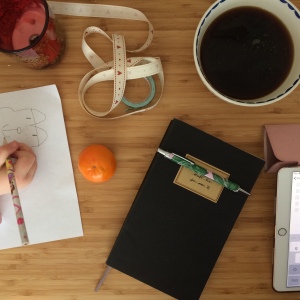 It’s March now, suddenly spring. The eclipse season of the past two months dragged me through the dirt, not gonna lie, but here’s this moon in Virgo, first of two full moons this calendar month. Here’s the start of spring comin in on a snowstorm bringing the entire country to a halt. Here’s pathetic fallacy, bright snow nights, the street lamps all reflected & that moon just thrown right back up at the sky.

Every year on New Years Eve I spread out my cards in a wheel with one card for every month & one for the year as a whole. I pick a word for the year to return to over & over. I write my resolutions. From the start of the new year I knew that March would be the queen of swords, my guiding card, the one I write poems about, the one I have conversations with by lakesides. Get to know your cards, have deep chats by bodies of water. They’ll work with you better that way. 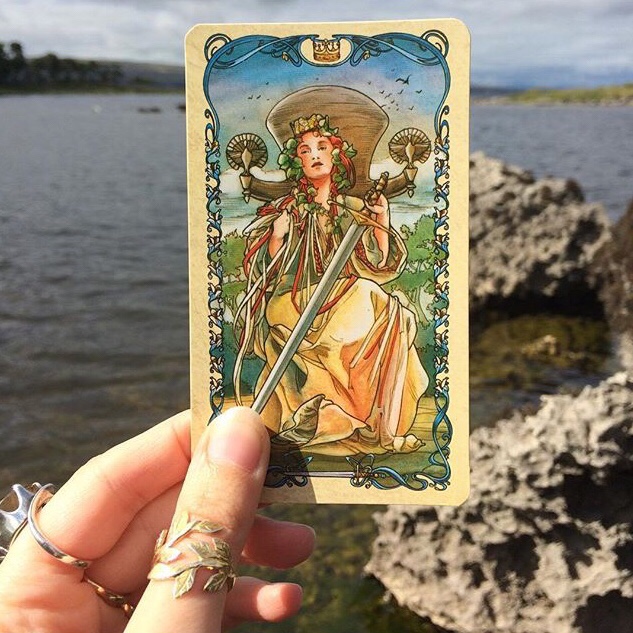 Here’s a spell for a full Virgo moon when the Sun’s stuck in all the feels of Pisces:

Set up an altar to your queen (here’s a hint, the queen is you, doesn’t matter your gender, doesn’t matter the gender of the queen you choose). Put up a picture of her — a tarot card, a photograph, a painting, a doll, a crayon stick figure. Light candles. Scatter rose petals. Cut out hearts. Place down rose quartz. Massage your hands & neck with rose oil. Unclench your jaw. Breathe deep into the scent of it, the warmth.

Consider how you can embody your queen in the coming month. Stretch your spine. Imagine your crown, whatever that means to you — a symbol, a garland, a witch’s hat. Consider how you can wear it until the next full moon. Consider what that means to you. Feel the weight of it around your forehead, pressing against your third eye. Listen to what that weight tells you. Listen for clarity. 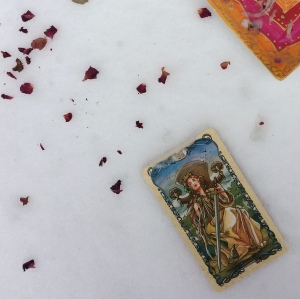 Draw whatever symbol comes to you. It could be a heart, a word, a picture, a number. Drawing it seals it: it’s now your sigil. Breathe into it.

When you’re ready, take your rose petals & open a door or a window. Throw them out into the snow. On the threshold carve your sigil into the snow. Invite knowledge, invite clarity. Breathe the cold air. Bring some of that clear, cold energy to bed with you. When you wake up in the morning, first thing, feel for your crown.

View all posts by moirafowley