I wanted to start writing a newsletter but I’m bad enough at being consistent on social media without adding another format to the list. I haven’t posted here in months. How would I write this if it was a letter? A missive straight into your inbox, quiet and private?

I’ve been writing a book, but I’ve been writing a book for about as long as I can remember. This one’s wild and authentic, rough around the edges. This one’s an avalanche of old stone. I’m crazy about it. The second draft is starting to crack open and there’s light everywhere, like a Leonard Cohen song. There’s this one scene that makes me cry every time I read it. I don’t think that one will change much in the edits.

I’ve been writing a story, too, at the same time, that’s different to most of the stories I write – fewer ghosts, notably; less psychological trauma, more self-affirmation. Before starting to play with it (because that’s how stories begin, as a small and haphazardly-curated selection of snippets and half-ideas that you play with until they grow into something you could love), I took four giant crates of old notebooks down from the topmost corner of the wardrobe. Dust and spiders and secrets live there. So do the one hundred and fifty diaries that I’ve kept since the age of six.

Sorting through them was a gargantuan task — not just because the crates were heavy & stored several feet above my head, but because teenage Moïra did not believe in dating her diary entries. There are entire notebooks without mention of a year & even a whole diary without a single date. Not the day, not the month, no indication that a day has passed except for a small dash between paragraphs.

This is probably metaphorical. I had a difficult adolescence. 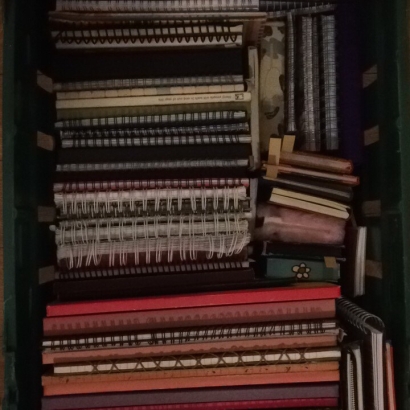 I didn’t set out looking for inspiration but I suppose I shouldn’t be surprised if some of these diary snippets end up making their way sneakily into my story.

The story’s for Proud, an LGBTQ+ YA anthology for Stripes Books that’s being curated by Juno Dawson. The illustrated collection will include short stories & poetry from eight established authors & will also include four stories from new talent so if you are or know of an unpublished & unagented writer who falls under the LGBTQ+ umbrella, there’s a link to submission guidelines in the Bookseller press release.

It’s a thing of awe and honour to be part of a book I’d’ve loved & needed as a teenager – the proof is in these diaries. I said it already on Twitter but in an attic bedroom in a suburb of Dublin in 2001, 15-year-old Moïra is using an antiquated internet to look for a book like this that doesn’t yet exist & couldn’t possibly imagine she’d ever be writing a story for one. My heart’s huge with it. 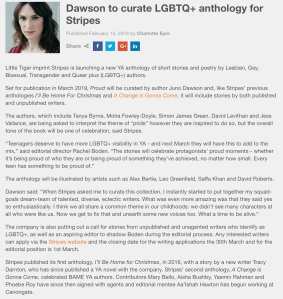 It’s Thursday and the moon is new. Here is a spell for dark moon days, just before the moon is new, when your past is gathered up in your bedroom in one hundred and fifty notebooks and even though you know you are strong enough to carry them (both metaphorically and back into the top of the wardrobe), you don’t have to keep it all strapped to your back. You can put some of it down, sometimes. Makes it easier to move around.

A red candle, or several (the more the brighter the burn)
Fresh, dried sage
Old words: diary entries you can afford to lose, scraps from another life, photos, letters, clippings, or even just a piece of paper on which you’ve written things from the past you’re ready to put to rest
A fireplace, stove or otherwise flame-proof space in which to safely burn what you’ve come to move past

Light your candles. Sit comfortably. Take deep, cleansing breaths. If you have a daily meditation or affirmation, breathe through it now. Ground yourself. Centre. Concentrate on feeling who you are now & why you are strong.

Watch the fire until it’s only embers. Close your eyes. Burn the sage. Listen to the last of the heat crackle the cinders. Don’t open your eyes until you can’t hear it any more, until the past you’re ready to move on from is only ashes. When you’re finished, blow out your candles with one more I love you for the road. 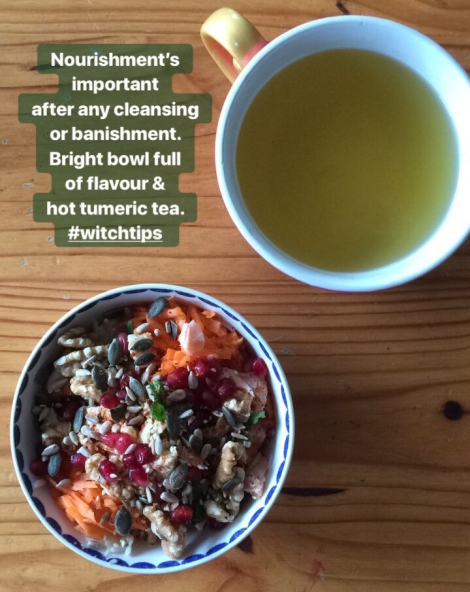